Dawlat Qatar, or the State of Qatar, is an Islamic country located in Western Asia. It has the highest per capita income and one of the largest gas reserves in the world.

Qatar is the first Arab country that has won the FIFA World Cup’s right to host in 2022.

When is Qatar National Day?

Qatar was declared independent on September 1, 1971, and had gained Independence from the United Kingdom on September 3, 1971.

Previously the Day of Independence was also considered as the National Day, but after an Emiri decree on June 21, 2007, Qatar celebrates

National Day on December 18. This decree was passed by the Crown Prince of that time, Sheikh Tamim.

The National Day of Qatar is, at times, called the Founder’s Day.

You May Love: Saudi National Day (Know About the Interesting History)

History of this Day

The Khalifas ruled Qatar during the 19th century had crushed the rebels in 1867 by sending their naval force to Al Wakrah. This act violated the Anglo-Bahraini Treaty of 1820.

For diplomatic negotiations with the British, the Qataris chose the respected clan of Muhammad Thani.

The British Protectorate Agreement lasted until 1971. But during Al Thani’s time, most of the Qatari development was made.

So the day of a succession of Jassim Thani is considered a joyous and honourable day for Qataris as they celebrate National Day.

Why Is It Celebrated?

December 18, as the National Day, commemorates the national unification of Qatar.

This day marks Qatar’s citizens’ national pride and sense as it inculcates national identity, brotherhood, and unity among people.

This holiday also aids in improving, preserving, and showcasing the appreciation of Qatar’s heritage, history, and culture.

What Does Mark the National Day of Qatar?

Qatar National Day stamps the date of the succession of Sheikh Jassim from his father, Sheikh Mohammed.

Sheikh Jassim succeeded to the throne on December 18, 1878. Due to his hard work and insight, Qatar expanded greatly in this era.

How Does Qatar Observe the Day?

There is a public holiday on this day as all the educational and work institutions are given off.

There is a parade in the morning followed by water and light shows in the evening for amusement.

How Is It Celebrated?

Qatar’s people celebrate this day with various engaging activities and shows to highlight national identity and pride. Many interactive exhibits are organized at Doha, Al Wakra, and Al Shamal. Make sure to have your Qatar ID or Visa while visiting these celebrations.

There is a magnificent show of fireworks in the early evening, which adds to the festivity’s vibrancy.
This fireworks show happens at Corniche, Doha, at 8 PM.

At the Aspire Foundation, a spectacular firework show happens that could be viewed from the Aspire Park from around 8:30 PM to 9 PM.

Numerous parades are held today as members of the public, Armed Forces, Ministry of Interior, and Amiri Guards participate.

Members of the Armed Forces National Service participate in the parade and parasailing performance conducted by the Internal Security Force at the Aspire Foundation as part of the National Day celebrations.

The Ministry of Defense also organizes horse parade with the Amiri Guard and army musical shows at the Katara Amphitheater.

Cultural Villages are set up at Katara as part of the nine-day festivities. This showcases the traditional arts and crafts to the heritage of the people of Qatar.

A cultural bazaar organized by the Bedaya Center sells patriotic-themed products ranging from clothes and perfumes to traditional cuisines on this auspicious day.

The Flag of Qatar is in maroon colour, where nine small triangles serrate from one side. These triangles are white colour.

The maroon colour of the flag represents the blood loss during the wars in Qatar. The white portion of the flag symbolizes the peace and harmony achieved after the wars. 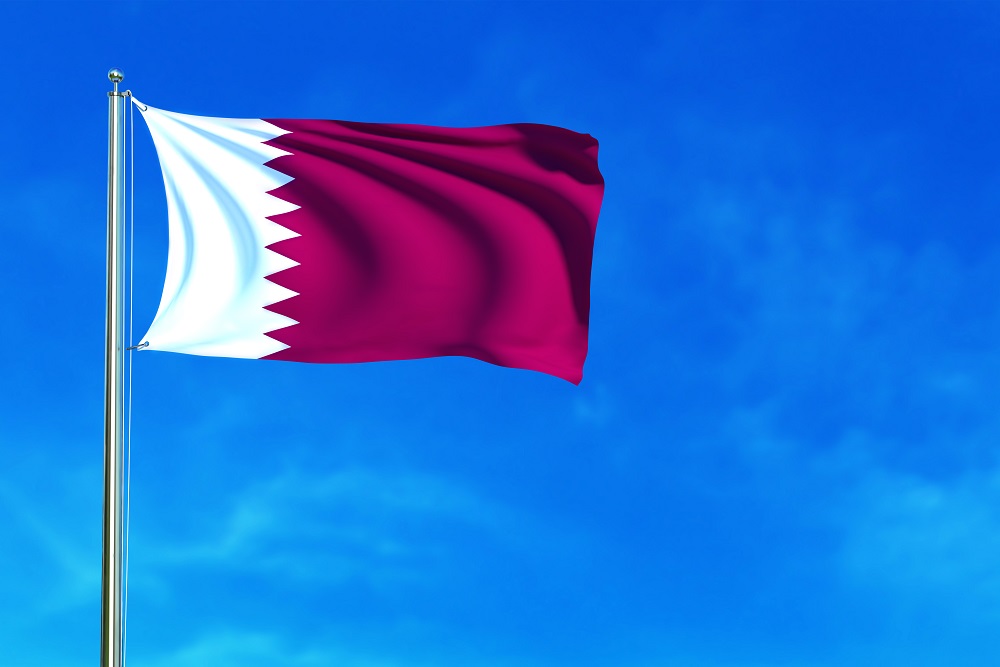 Every year on National Day, people raise and erect their national flag on their homes, offices, and other public places.

Qatar’s citizens wear small symbols or badges on their clothes as a token of the national flag. They mostly wear clothes in maroon and white shades on National Day to signify strength and unity.

Aspire Foundation holds an Al Adaam Flag Relay for people that Qatar Olympic Committee organizes. This adds to the national pride of the people. 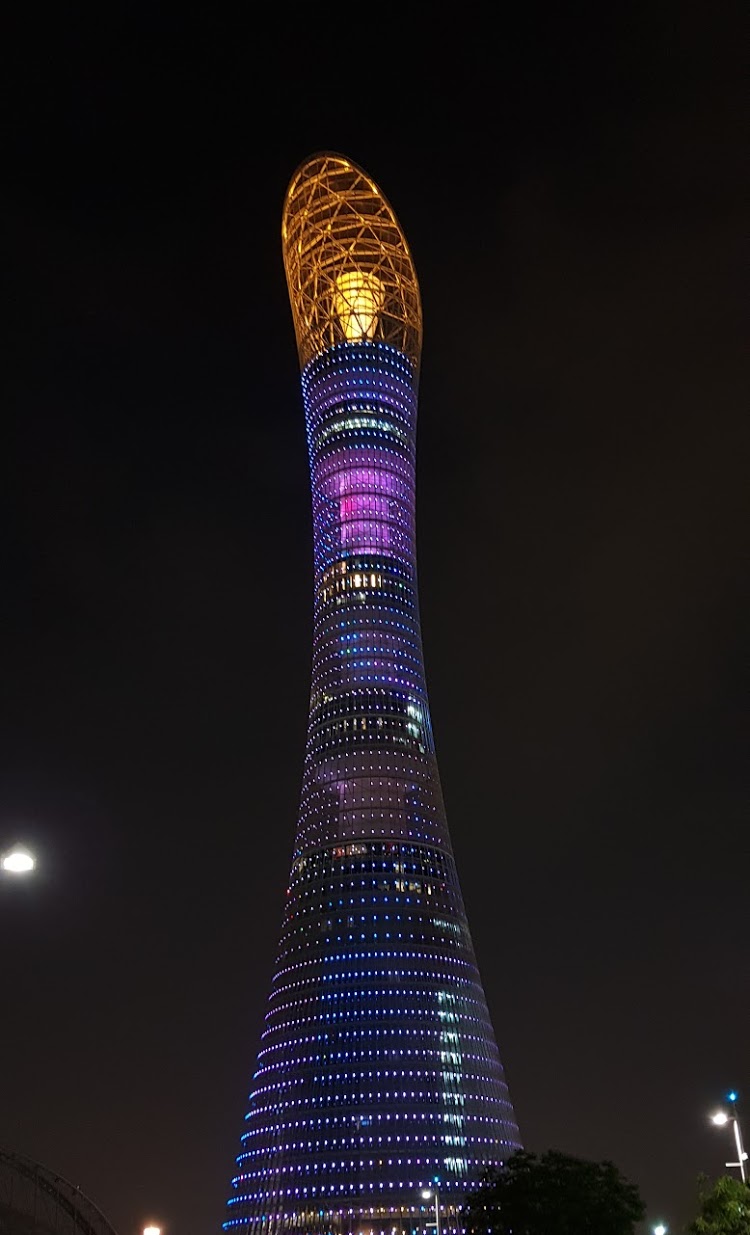 The Doha Corniche is a must-go place if you want to see the colourful sky with a sound that your ears love to hear. 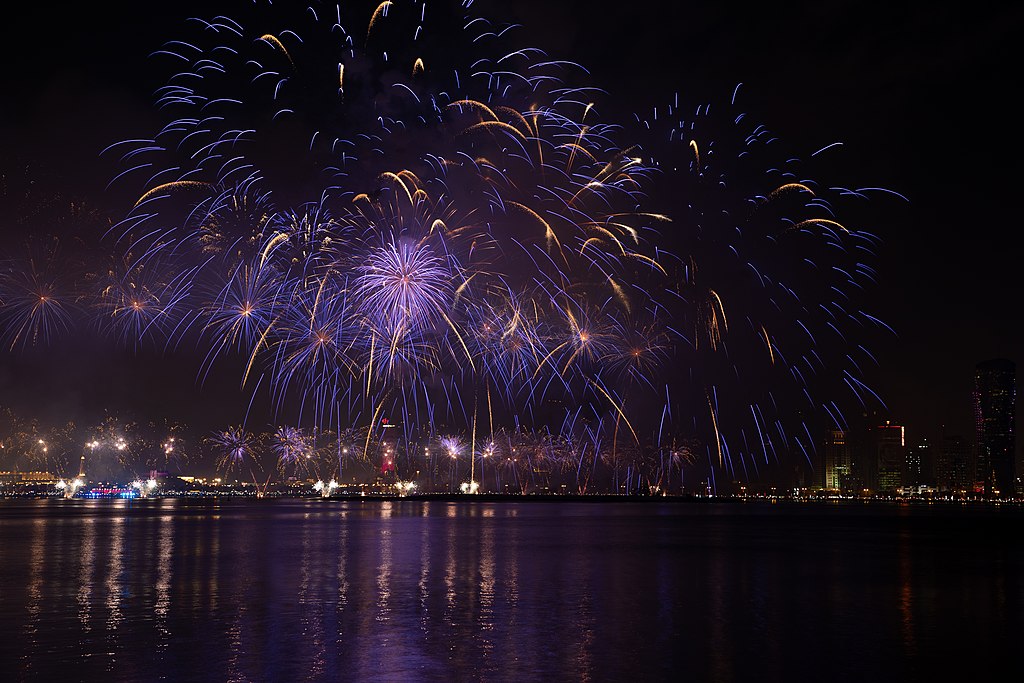 Katara is where you can enjoy a movie in a cinema, and have a good beach to look at the sky. 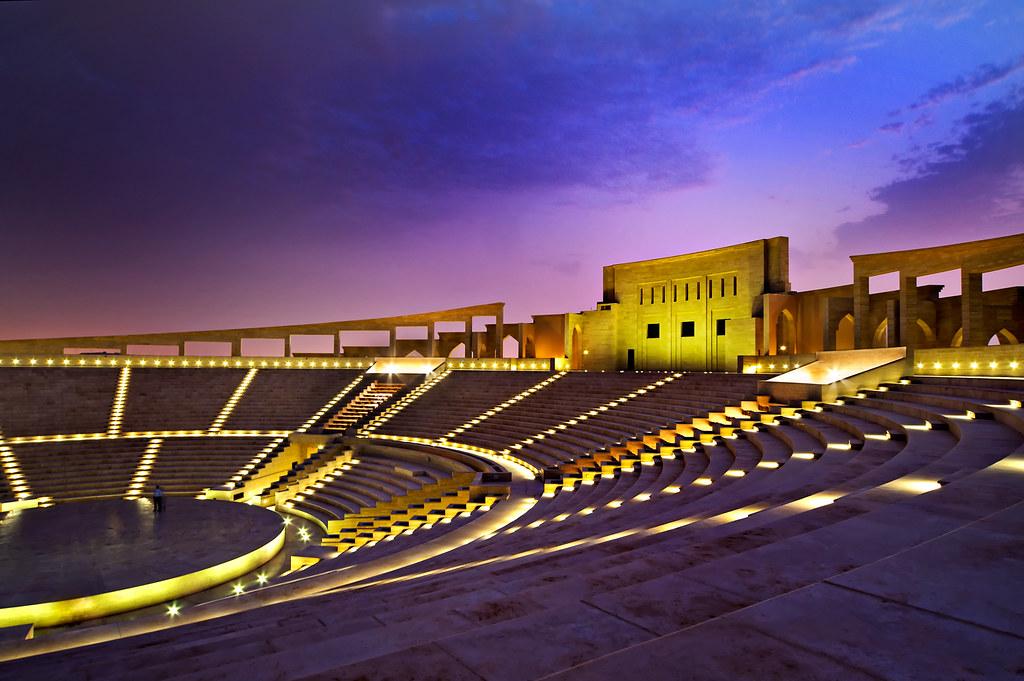 Do you know? In 2016, the Sheikh Tamim bin Hamad Al-Thani announced the cancellation of the National Day festivities to show solidarity to the people of Aleppo after the renewed shelling by the Syrian government.

National Day is the biggest celebration that is observed in Qatar. People love to visit different places to enjoy the day with their family and friends. On this day, the festivities include a military parade – featuring fighter jets and more specialized equipment to make the public proud of their army. If you live in Qatar, don’t forget to go to beautiful places on this special day. Also, big brands always offer a discount on your favourite things.