Dubai is a state of UAE and not a country. An emirate is an Arabic word means a state. It is one of the seven Emirates/States of United Arab Emirates. Dubai is a very small emirate of UAE and does not have multiple cities in it, except for one-Hatta. Dubai is the center of the city for the emirate of Dubai.

Abu Dhabi is the capital of Emirates. Emirates ID is the main identity. UAE is an Islamic country. Arabic is the official language. But English is also very common as many expatriates around and UAE citizens are quite good too in English.

It is in the Middle East. Dubai is on the Southeast coast of the Persian Gulf and belongs to the Asian continent. 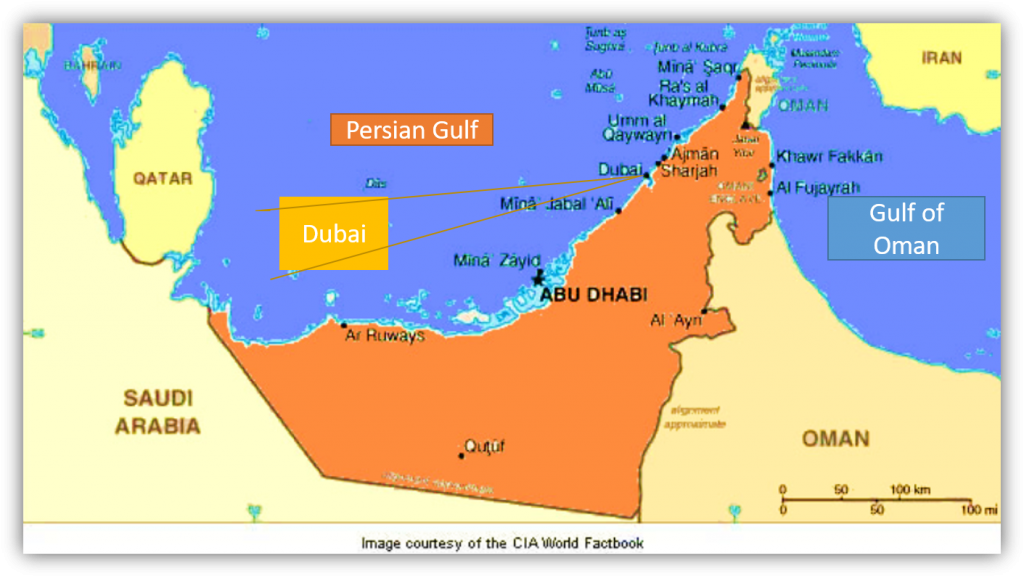 The Emirate of Dubai shares borders with

UAE is actually in Middle East Asia. So geographically UAE is in Asia. So Dubai as a part of UAE also comes is in Middle East Asia. Abu Dhabi is the largest Emirate with 87% of the UAE’s overall land area. So, Dubai and Abu Dhabi are two emirates that have veto power over critical matters of national importance in the country’s legislature.

UAE shares borders with Saudi Arabia, Qatar, Kuwait and Bahrain on the Westside and Sultanate of Oman on the Southside, Iran to the north.

Strategically the UAE is located between Europe and Asia, and Abu Dhabi the capital state of UAE contains one of the largest oil reserves in the world. So Dubai port and Abu Dhabi make UAE a very rich country around the globe.

The Dubai Population is 2,969,590 & increasing. Of this population the nationalities are as follows approximately:

Dubai has a very hot desert climate with extreme humidity and heat in summer. In summer average high & low temperature is 42 °C & 29 °C respectively. The winter is also not cold either an average 23 °C & 14 °C from high to low respectively. 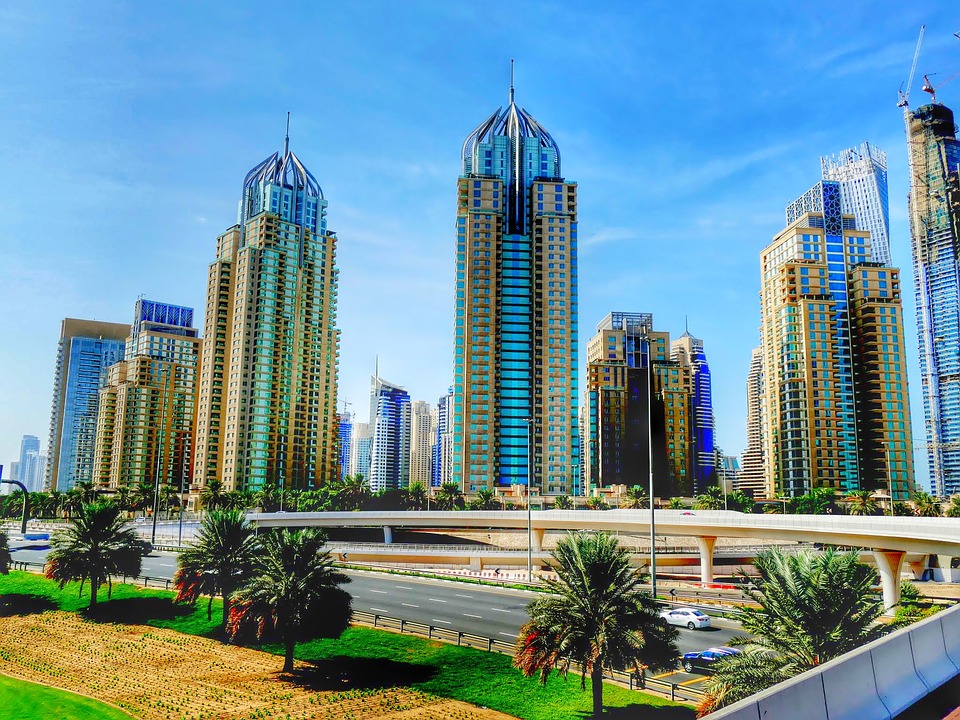 Dubai is the house of skyscrapers. It has 400+ already and building more.

Burj Khalifa the world’s tallest building inarguably is in Dubai. Its height is 828 meters with 163 floors! Subsequently, the highest restaurant and the highest mosque are in Dubai at Burj Khalifa.

If you are residing above the 150th floor in Ramadhan then you have to wait longer to break your fast as you can see the sun and it will set longer!

THE MOST LUXURIOUS HOTEL

Burj Al Arab – the only hotel in the world with 7 Star ratings and its interior is decorated with 24-carat gold leaf. 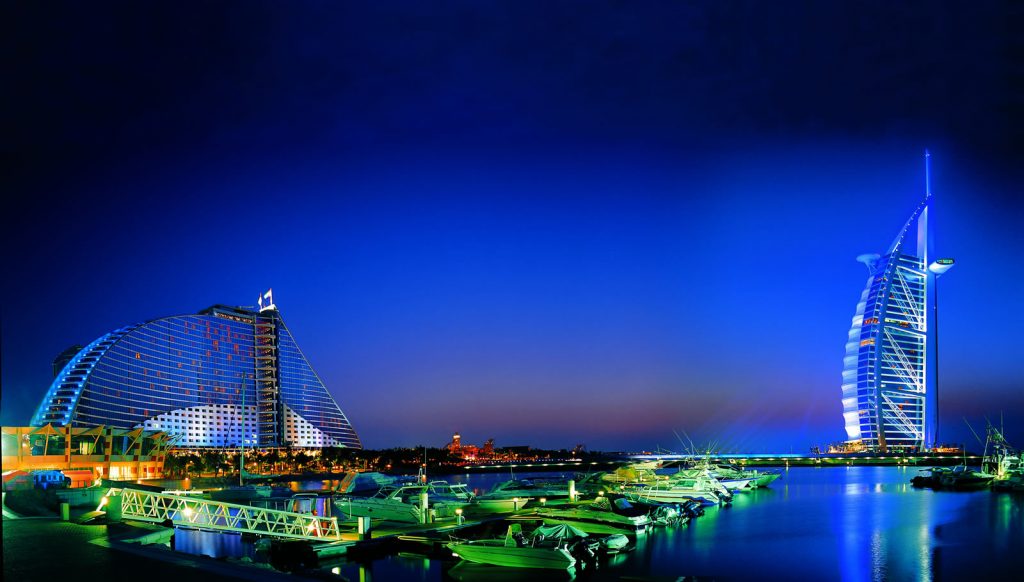 Dubai Mall is the largest shopping mall in the world with more than 1,300 stores of all major brands. 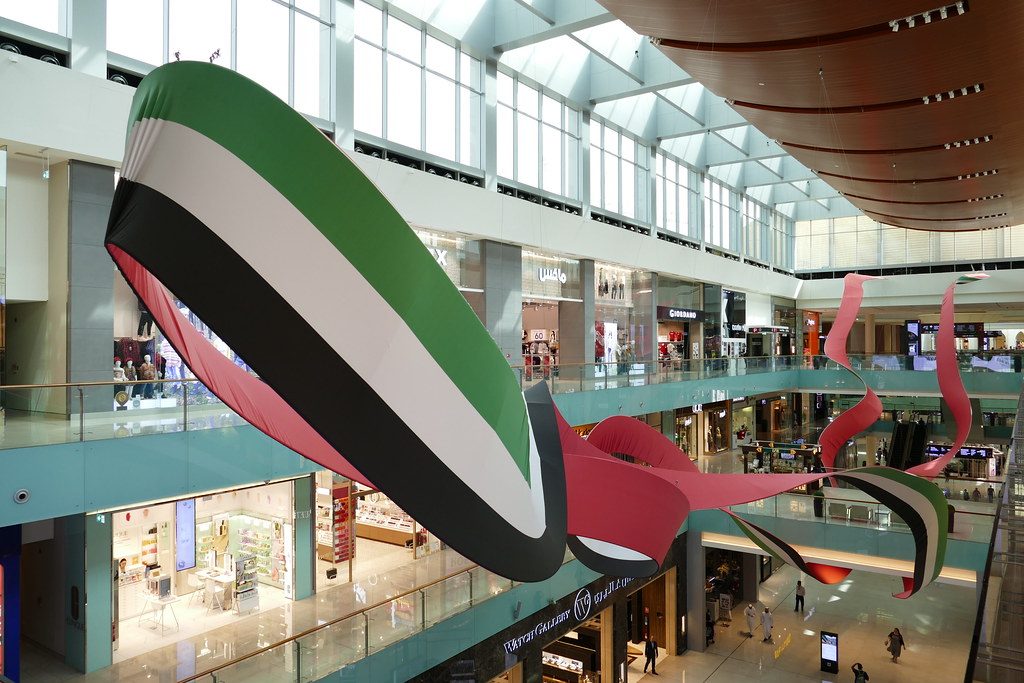 Rich country and it needs to fulfill manpower requirements from Asian countries mainly.

Yes, you read it right. There are air-conditioned bus stops in Dubai.

If you are a Dubai resident then you need not pay income taxes. 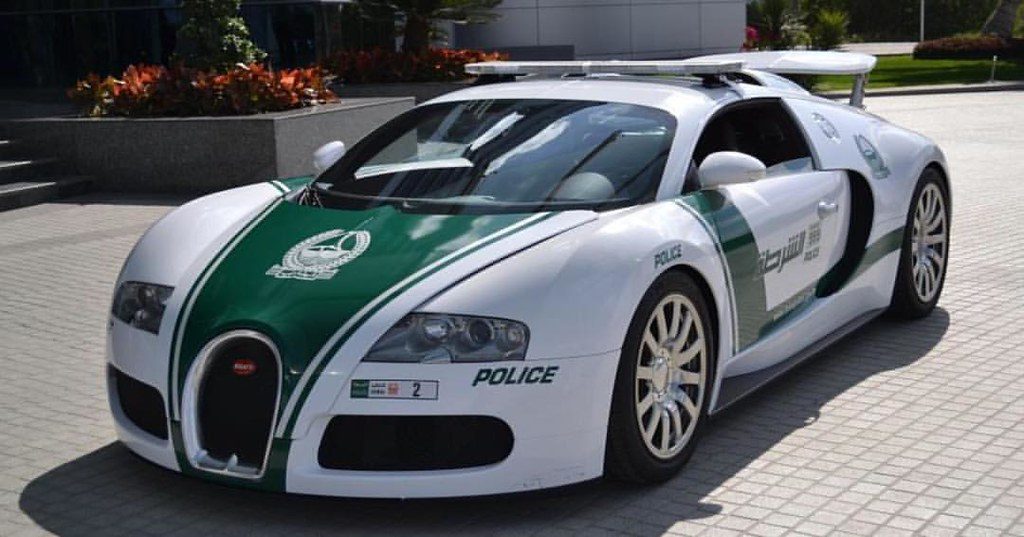 Princess Tower – Dubai is the tallest residential in the world

Now more than 2 Million cars including the most luxurious cars around the world.

You can see the sun for the whole year in Dubai. Amazing for Europeans!

No mountains – No problem! You can go skiing, inside the shopping malls.

The Metro covers a distance of 74.6 km. That makes it the largest automated network.

Miracle Gardens is a must-visit place for flower lovers. You can see more than 50 million flowers and 250 million plants. It is 72,000 square meters.

Palms Jumeirah Island is the largest in the entire world. 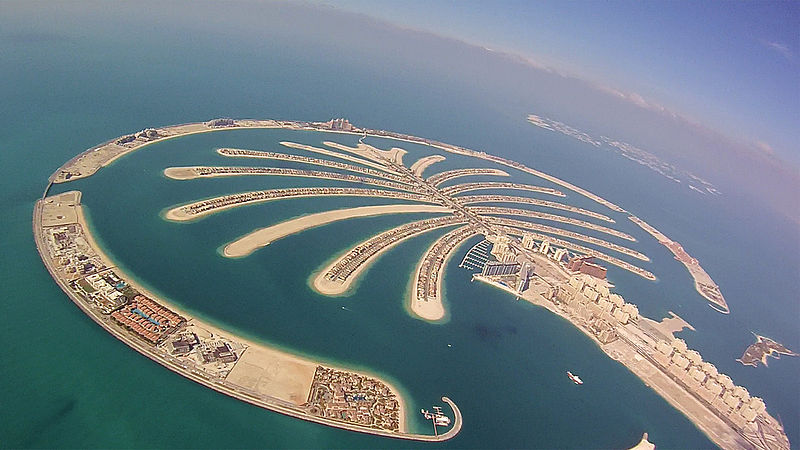 Dubai is going to host the World Expo 2020. It is the hub of business although Abu Dhabi is 87% of by land area. It has a port that makes it something special. The strategic map location only Dubai has that is making the difference.

What is the color of the Dubai Flag?

When is UAE National Day?